Once upon a time I bought a scratch-off map from Newverest. It was like a world map, lottery ticket-style. I took the time to have it mounted on foam board and framed. I joked that anywhere the framing company nicked on the map was somewhere I’d have to travel just to make sure the map stayed accurate.

Today, I was feeling a bit nostalgic for all the places I used to visit when I lived in Europe, would do singing tours at home and abroad, travel for fun, and travel for work.

I’m going to hang this on the wall near my desk to remind me of the great big world waiting outside.

One of the perils of nearly breaking my foot the week I moved into a new house, was not being able to walk or move heavy boxes until recently (nearly 8 months after getting out of the walking boot). Yesterday’s find was a long-lost beloved book of piano songs. So of course, I dove right in and started playing through it cover to cover. 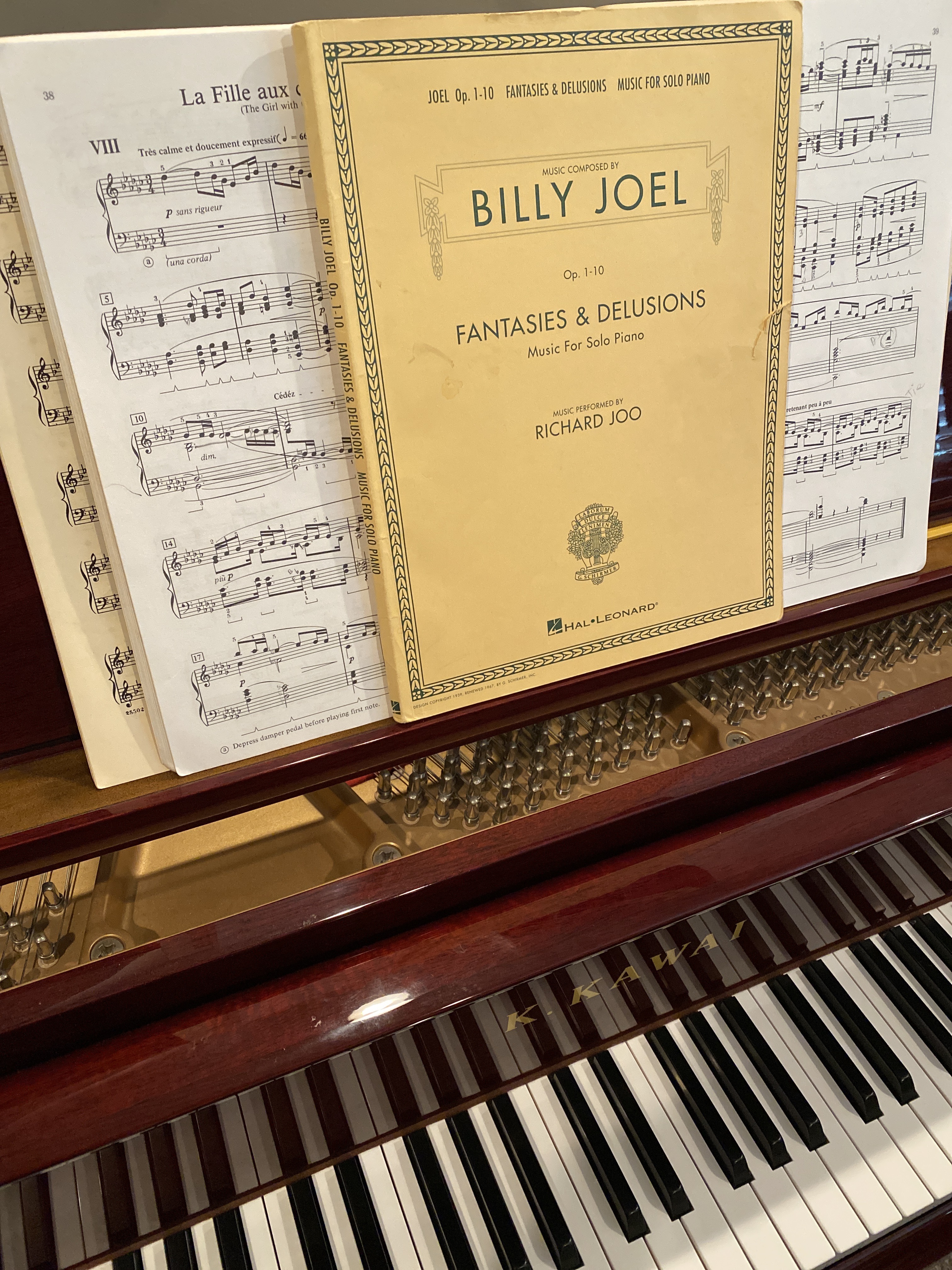 Although “Just the Way You Are” is probably one of my favorite Billy Joel ballads, the entire book of “Fantasies and Delusions” brings me more joy. His classical compositions were so complicated he couldn’t play them for his own recording.

Have a listen on Spotify:

There are only a few home improvement projects that will scare me off. I won’t re-roof a house (though I know the steps and have done less risky heights like sheds). I won’t mess with the main sewage line or breaker box. Everything else is fair game. Move a wall? Sure! Close in a door? No problem. Build a wider walk-in rain shower with body sprays and granite surround as part of a full bathroom remodel? Ha! I did that while 5 months pregnant.

Lately, I’ve been amassing unfinished projects during the pandemic depending on how much my recent foot injury lets me stand and my kids or homeschooling interrupted me. Today and tomorrow I’m going to plow through as many as possible.

Project #1 – that headboard I’ve been meaning to mount – DONE

Project #2 – I hate my laundry room

Will I finish it this weekend? Likely not. I have the unfinished cabinets, unfinished hanging rod, unfinished oak for floating shelves, but am missing a Kreg jig and unfinished crown molding for the tops of the cabinets. The conditioner, stain, poly, rod hooks are all ready to be used. I might DIY my own stencil for the wall. I have some awesome brushed nickel-looking paint that would be fun against the tan.

But I’ve been messing around with an app called Room Planner and I’m certain about the plan I have in mind. The paid version of the app lets you be more precise with inputting measurements, but if you draw the walls from scratch you can get closer than normal in the free one. I’m not wild about only having IKEA furniture options, but they’re close enough.

I’m hoping to dismantle inexpensive medicine cabinets and either 1) replace the front with framed art or 2) swap out the mirror for art and glass. Hopefully I won’t need a router.

Either way, I get to put holes in walls, break and rebuild things, and hang my own artwork so I’m happy.

Everything matches if you paint it the same color!

Working remotely at company that has grown from 149 when I was hired to 1191 at the time of this post, has been an amazing journey in optimizing communication.

As folks who work almost the entire day in text or zoom meetings, we value face-to-face downtime together where we can socialize. Tone, humor, intent, sarcasm, directness can all be misinterpreted over text. We learn these nuances of working together during the time when we can actually talk with one another.

Meetups have taken me to Hawaii, Sicily, New Orleans, Argentina, Berlin, London, and elsewhere around the globe to work on projects, new tools, and to get some focused time together to work on something really important. (I miss meetups and my coworkers.) Centralizing a meetup on a geographic midpoint of all participants is possible sometimes, but requires 12-24+ hours of travel for those in remote locations or isolated timezones. Additionally, having someone flip their nights and days can make them quite unproductive or sick during the meetup and when they return home. For a 5 day meetup, you could have someone be away for 9-11 days once you include travel, then exhausted the next 7 days after that when you include recovery.

Our VIP support leads team has been running a virtual offsite each quarter since November 2018 (possibly earlier). Instead of being gone for 4 more trips per year, having to organize child care/flights/hotels/meals/etc. and being gone for over a week, I get to stay in my home and just have 2 long work days each quarter.

My coworker Steph wrote this about the virtual offsites she’s organized, I highly recommend reading it if you’re looking for a way to get together virtually without having to get together in the middle of a pandemic.

If we ever sit together on zoom one of the things you might notice about my office is the lid of the baby grand right behind me.

Poor baby. I’ve started trying to play again more, but between work and childcare or homeschooling responsibilities I’m thinking a keyboard and headphones might be an easier future.

I’ve started working on an old piece I must have studied at some point. It’s Pavane pour une Infant défunte by Maurice Ravel.

Hopefully I can work out the large chords, clean up the chord changes, and pick up the speed and page turns.

I’m trying to make do with what I have in the house during this quarantine, as well as find ways to do something slow and peaceful.

I’ve been eyeing my living room wall the past few days and thinking I could finish this now that the kids don’t have activities for 3 weeks. The living room in my new house is quickly turning into an ode to back and tan. I’ve been trying to figure out how I can make an inexpensive wall of pictures, quotes, or artwork that means something to me.

I was browsing Etsy and Amazon and saw an unfamiliar term “dictionary print” and instantly knew I could do this on my own. I grabbed an empty frame, a torn piece of sheet music that lost its way from the rest of its tattered book generations ago, and a Sharpie.

With the help of a font website, I freehanded the chosen quote, fattened the letters, and then reassembled it all.

It’s going up with a poster I got in Köln, a bouquet I inked in 7th grade, and a quote to calm my kids when they try to be perfect.

One of the more challenging pieces I played in college was Ravel’s Pavane pour une infante défunte, performed here by Jean-Philippe Collard. I am hoping with a few weeks of practice I can get it back up to this tempo and not mess up my wrists trying to span or roll multiple octaves in one beat. Give it a listen, the song is so beautiful.

This year (and past ones) I’ve been putting myself last too often. I thought after buying a house this summer that I’d try to switch that habit.

I was limping a lot. Walking excursions in London and Berlin turned into needing to taxi my way back and having trouble walking the next day. I knew I was overdue when the WCEU roles I requested involved sitting and no lifting.

I made an appointment with a well-respected podiatrist in town the moment I got back. I told her my friends urged me to see her and take care of myself, and this was me doing that.

I wasn’t surprised when the doc said it was a sprain. Being put immediately into a walking boot the week before my college reunion hiking trip was inconvenient, but it was nice having the pain subside.

As I graduated into shoes and insoles a month later, I felt more pain than when I had first started seeing the doctor. Turns out it wasn’t a sprain. MRI showed two metatarsals and a joint were about to break, so back into the boot I went.

Meanwhile the boot started causing excruciating pain in my what-I-thought-had-recovered Achilles in my “good” foot. Walking and standing hurt no matter how many lifts I tried on my shoe. So physical therapy started up for the right side.

Daily rituals included stretches, trying to write the ABC’s in the air with my toes, and so many ice packs my freezer has a dedicated section to reducing the swelling. I learned to add 20 minutes to every trip I wanted to take since it’s illegal to drive with a boot on. Sit in the car, take it off, drive, arrive, put it on, do errand, go back to car, repeat.

Eventually as I tried graduating into shoes again on the left, I’d go to physical therapy for both sides. 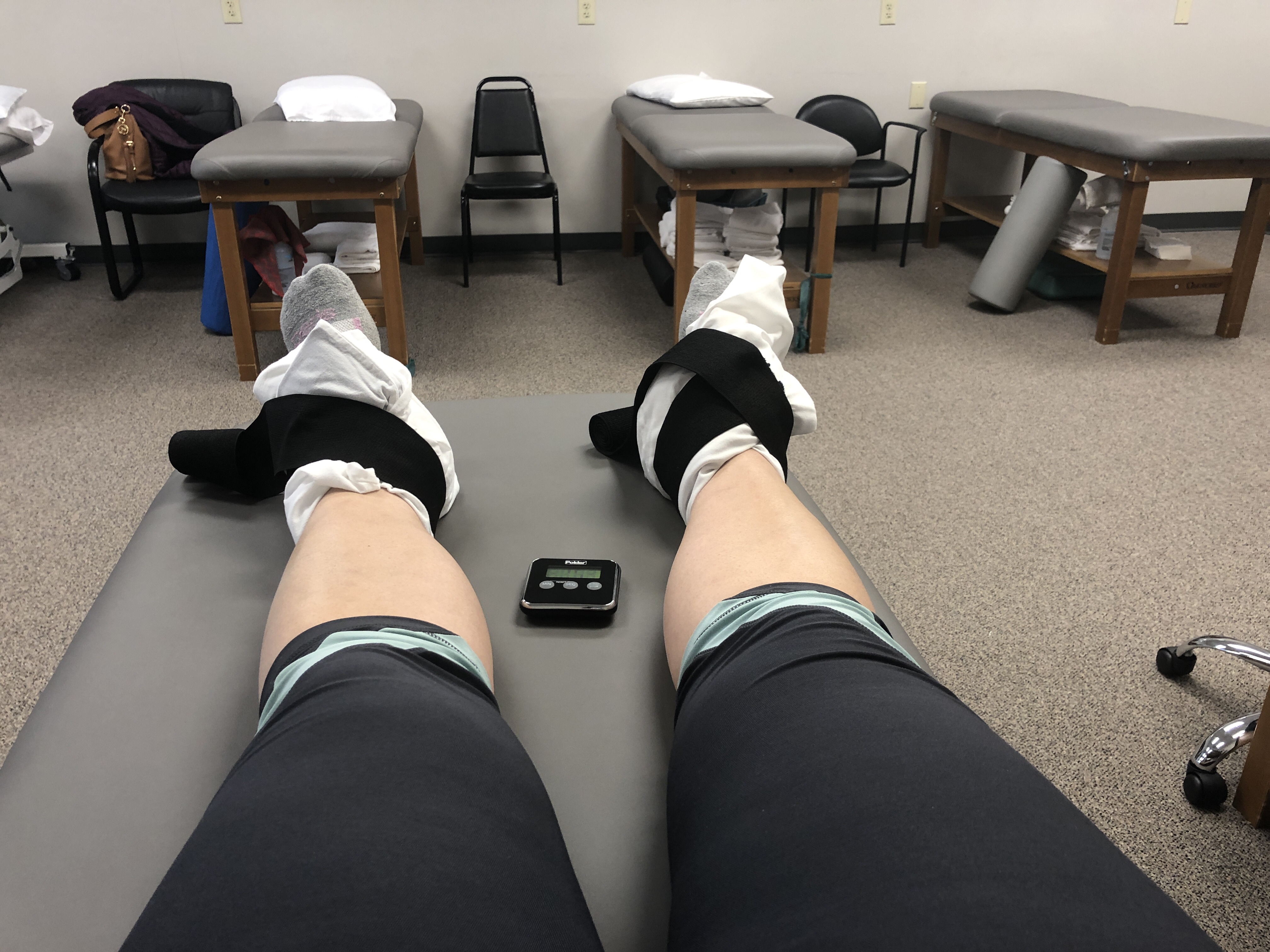 So after about 5 months in the boot, shredding the lining, needing a second boot, months of physical therapy, spending too much time not exercising, and an injection into the joint I’d prefer to never have to repeat (but know I will need to in the future), I’m finally walking without a limp for 85% of my day. The boot hasn’t been on for 3 weeks and I feel like progress is being made. I was so excited the first time I went grocery shopping in shoes and not a scooter I told the cashier and she gave me a high-five.

I might actually be able to lift boxes and unpack them in my new house now.

I might actually be able to walk my children to the bus stop now.

I might actually be able to take ahold of my exercise routine and do something about it now.

Things are getting better and I’m recovering.

I just bought a house and am moving to a new state. So of course, my baby has to go with me. I thought I’d document the occasion as they disassembled the piano and winched it up the hill. Even I got put to work shuffling the boards on the grass once they passed over one and feeding it to the front so they could keep going higher. 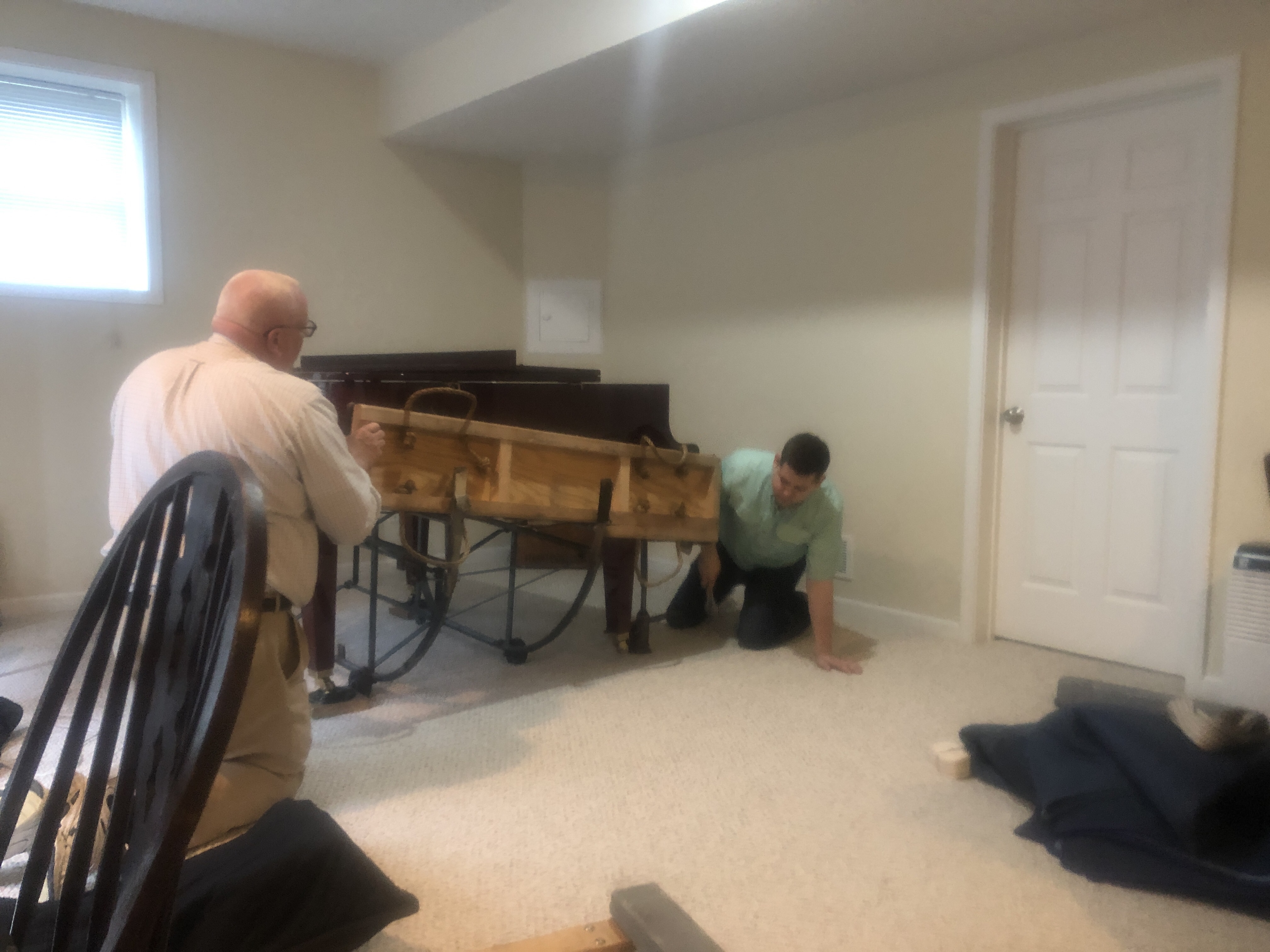 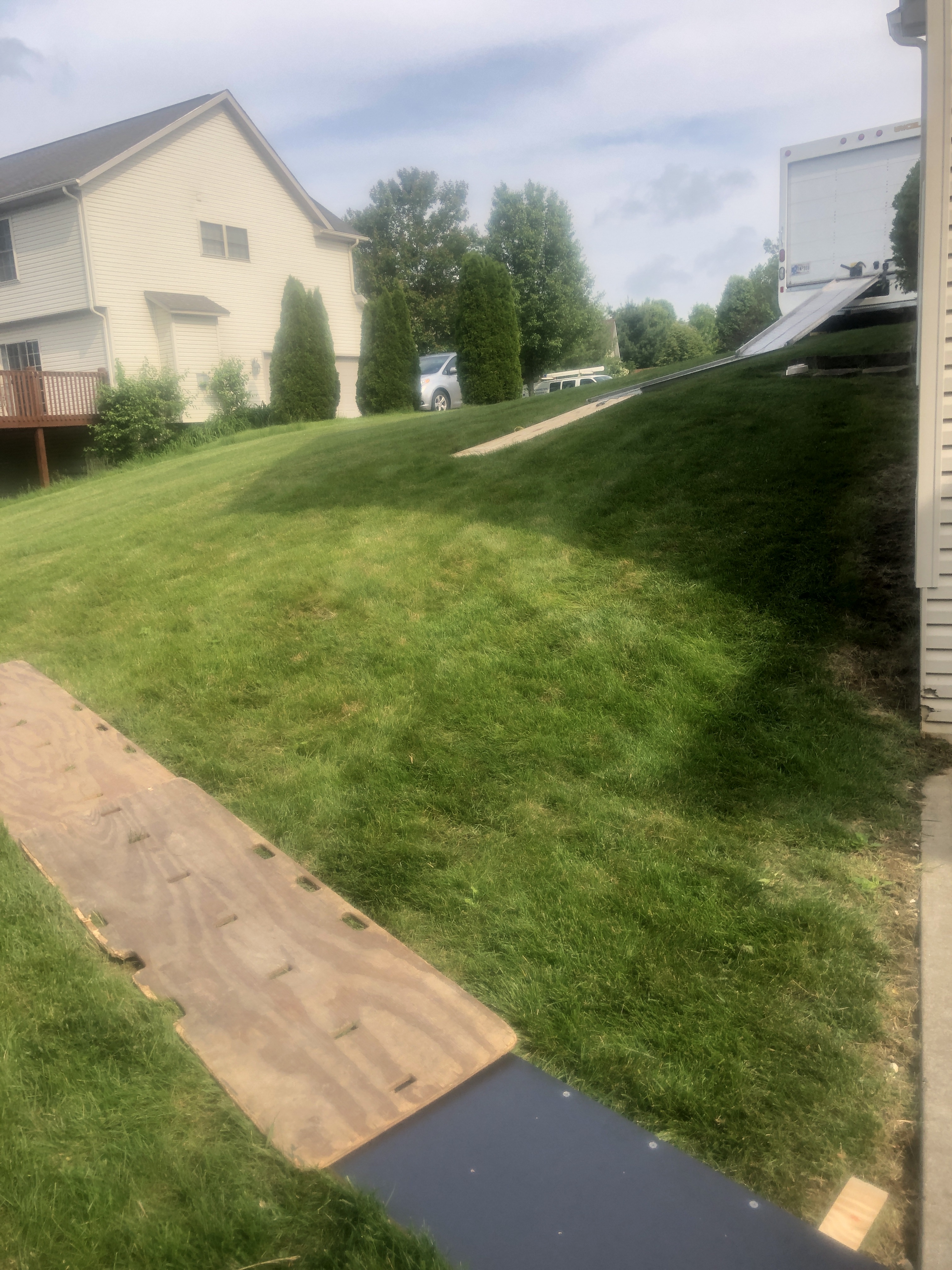 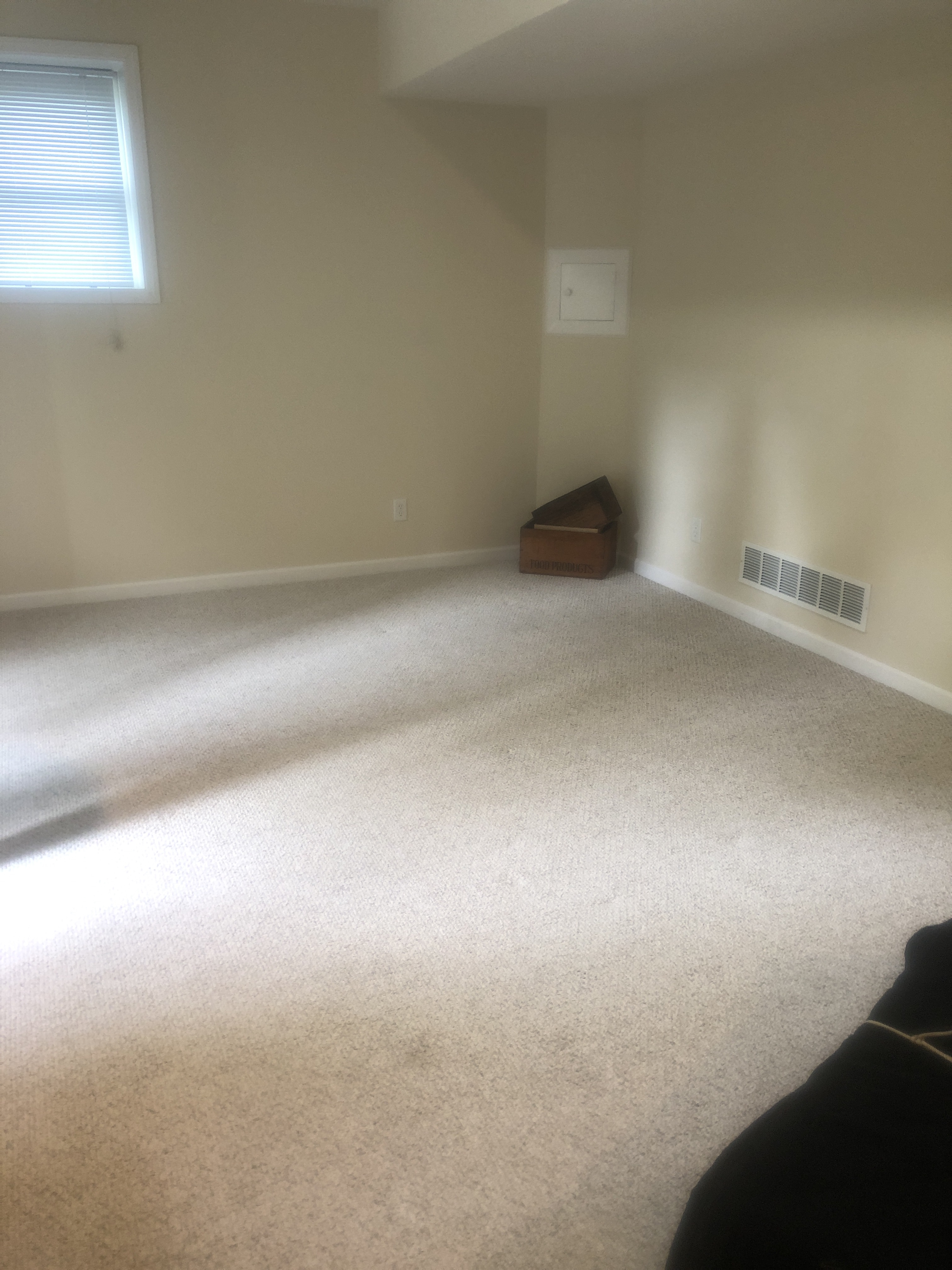 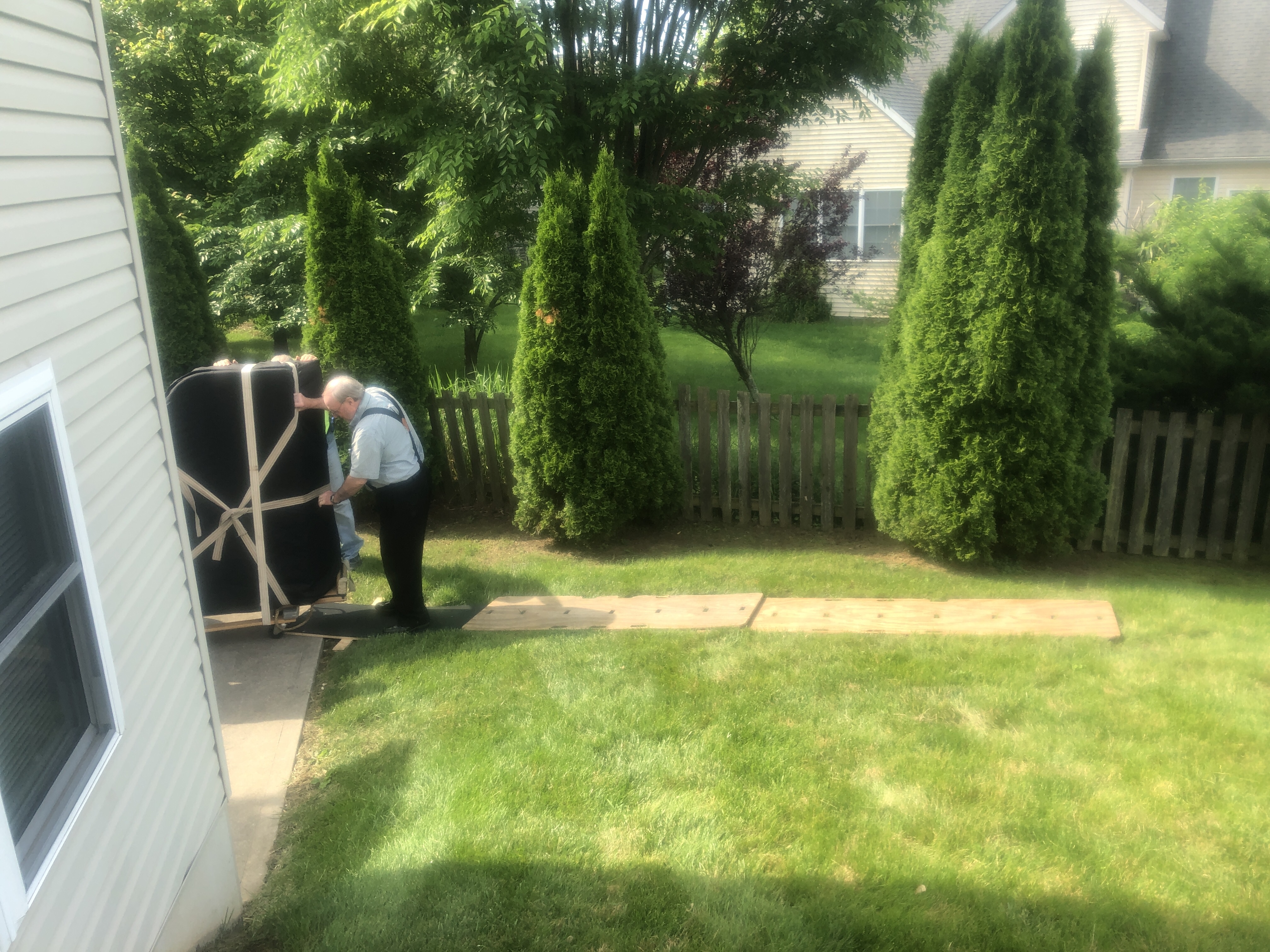 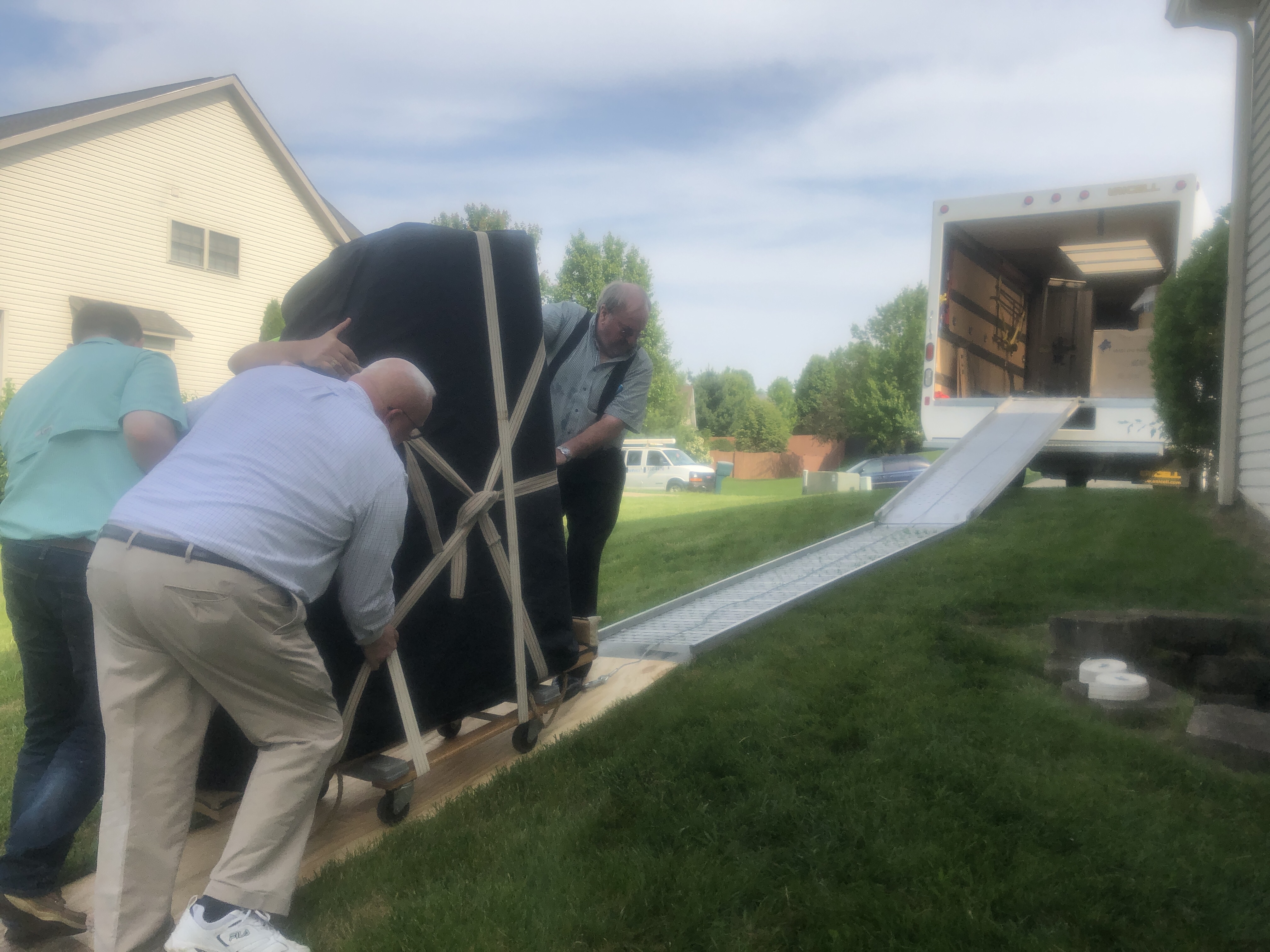